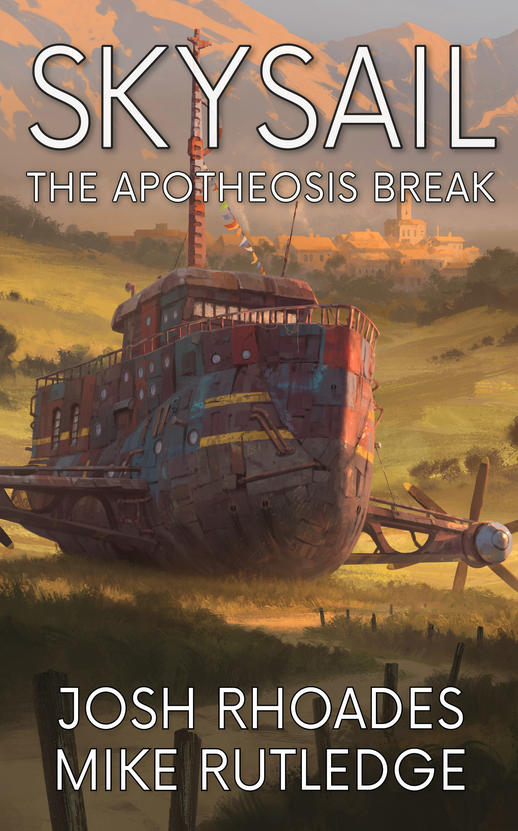 Vasili Mikhailovich longs to be in the skies. To travel the world on an airship. To breathe in the clouds, like his father before him.

But the life of a skysailor is violent and short. His father, a legendary airship captain, died mysteriously when the boy was five. Nine years later, Vasili is as old as his father was when he left home. Old enough to leave his frontier village and become a skysailing legend in his own right.

The day comes. But before Vasili leaves home forever, a charismatic traveler arrives. He not only brings answers, but offers Vasili the chance of a lifetime: to join the crew of Vasili’s father’s old airship, the fabled Apotheosis Break.

The twinkling lights of home disappear over the horizon and the boy begins his own adventure, starting his own tale as he learns the truth of his father’s.

Life in the skies is nothing like Vasili’s books. The Break is filled with beguiling shard hunters now at the end of their rope. They have already lost good crew looking for Vasili. And they may still lose everything seeking the legacy of Captain Mikhailovich.

To see the first chapter from The Apotheosis Break, read The Ruins.